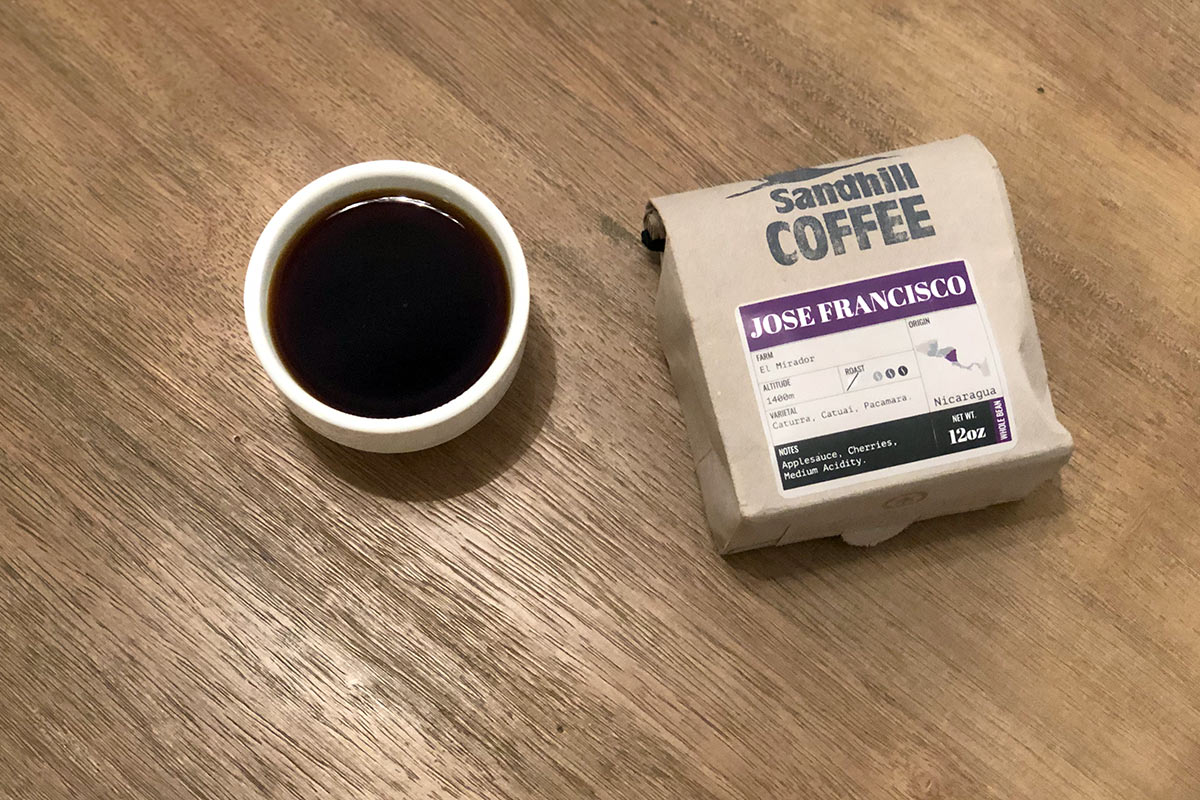 Jose Francisco is named after the farmer who grew the coffee and is part of his small farm in Nicaragua where their coffee trees are “mixed in among cilantro, carrots and other vegetables which they farm.”1 I love the idea of my coffee growing next to my carrots.

The coffee begins with a fairly mild aroma with notes of apple and a variety of earthy notes that revealed themselves during brewing. As I began sipping the coffee, I tasted red apples and pear. The coffee has a gentle, rounded acidity that builds towards the middle of each sip and then falls off fairly quickly. The aftertaste also seems to drop off rather quickly and left me wishing it stuck around a bit longer. The body was full and creamy and it had a sweetly savory structure. The coffee worked well in a variety of brew methods, but did lack some of the complexity I enjoy and have come to expect. The coffee’s strongest attribute is its balance; the coffee is extremely balanced and it helps unify the overall drinking experience.

While Jose Francisco lacks some of the complexity I enjoy in my coffee, it is extremely balanced with mild attributes making it an approachable coffee. It is a nice Central American option for someone who prefers something a bit less exotic.