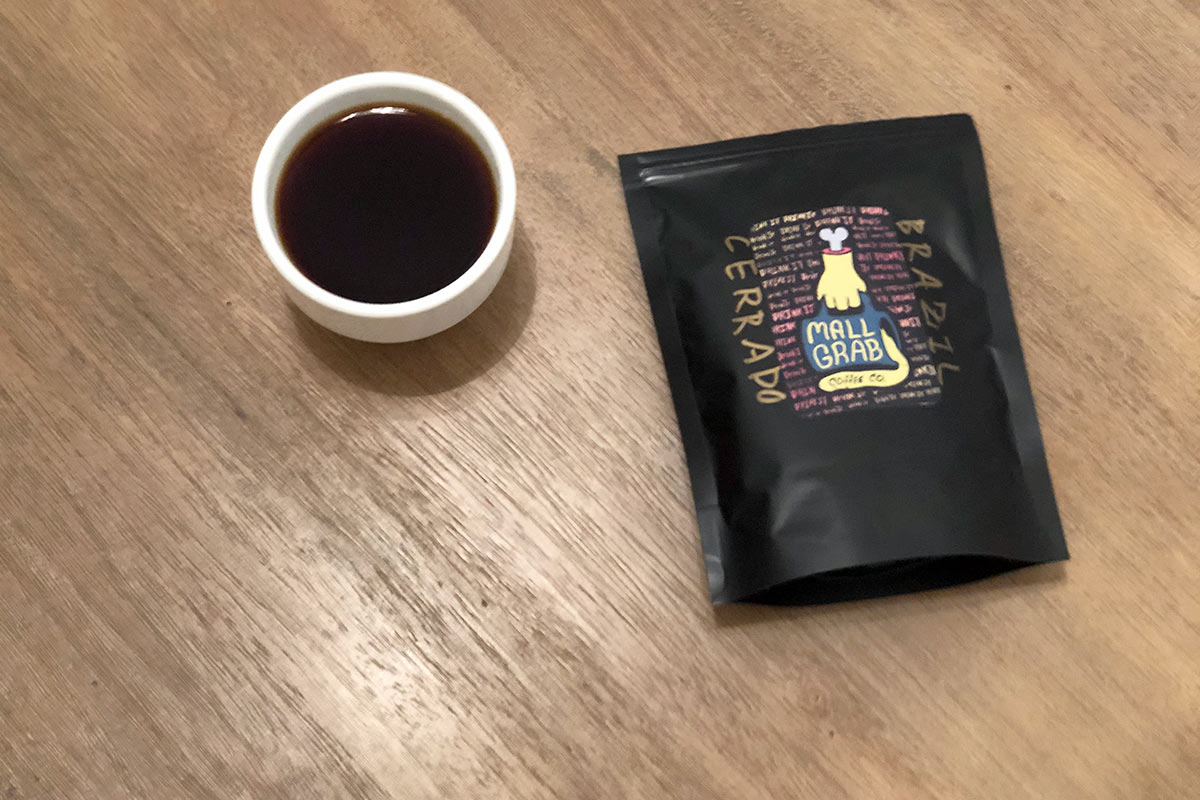 Mall Grab is a micro-roaster based in Portland, Oregon that is passionate about not only coffee, but also skateboarding. They donate $1 from every bag sold to kids skateboarding.

This coffee is a naturally processed coffee from Brazil. Brazil is the largest exporter of coffee in the world, but much of its crop is used for commodity-level coffee. Even the few speciality level coffees I’ve tried from Brazil have been somewhat lackluster, so I was excited and impressed by what this Brazilian coffee delivered.

The coffee begins with a chocolatey fragrance that also had notes of deep/dark fruit. The flavored carried similar notes and I tasted chocolate, cashews and figs. I was impressed with the bright, citrus acidity that was extremely strong at the front, mellowed out in the middle and came back to linger in the finish. The few naturally processed coffees I’ve tried in the past have had lack-luster acidity, which I think is a naturally processed coffees strongest attribute.

The coffee has a caramel sweetness, but nothing too strong (I would have preferred a bit more sweetness). It has a medium body and is well balanced and clean. It wasn’t incredibly complex, but did have some nice layering of flavor notes and a nice evolution of the flavor as the coffee cooled. The flavor notes remained the same, but they became sweeter and slightly different as the coffee moved towards room temperature.

This Brazilian coffee from Mall Grab bridged what you’d expect from a good South American coffee (clean, balanced, chocolately), while also adding in some nice unexpected elements (high acidity, evolution and layering of flavors). It would appeal to a wide audience since it is both easy drinking, while also carrying some nice complexity.