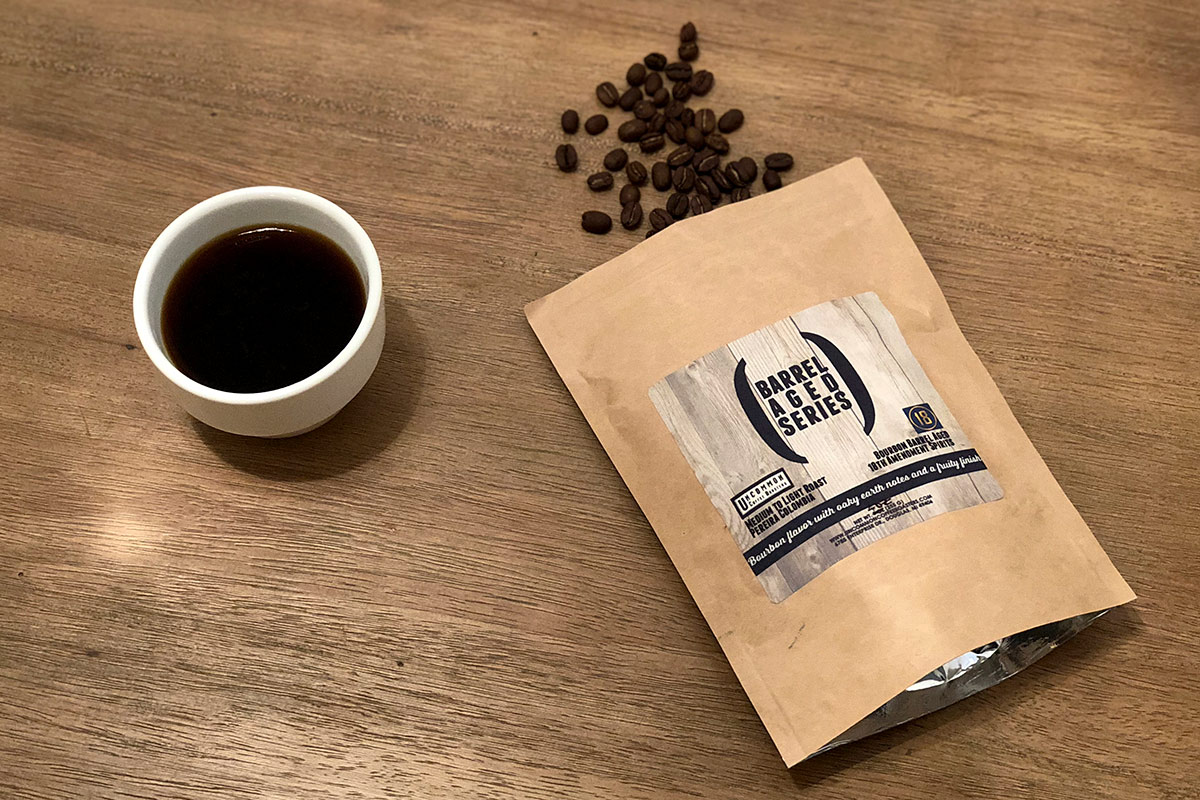 Uncommon Coffee Roasters works with various Michigan distilleries and breweries to create its Barrel Aged Series. They age the green coffee beans in barrels (in this case barrels from 18th Amendment Spirits) before roasting, which results in an amazingly complex mix of flavors between the bourbon, oaky attributes of the barrel and the more traditional earthy, fruity notes of the coffee.

I’ll start off by saying this coffee was really hard to review. It really is an amazingly unique coffee, but doesn’t fit nicely with some of the usual review categories. I tailored my expectations and the requirements for each category to be more appropriate for what’s expected for this coffee.

This coffee floods your senses from the moment you open the bag. The fragrance after opening the bag and grinding the beans and the aroma when brewing is probably the strongest I’ve ever experienced for a coffee. At first the bourbon notes overwhelm and simply carry the coffee undertone. Once you brew the coffee though, the bourbon taste—while still present—recede and the nutty, earthy notes of the coffee move to the forefront.

Uncommon Coffee Roasters did a great job in choosing a coffee that paired well with the bourbon barrels and could support such a robust aroma and flavor. The coffee was really nicely balanced, with a thick body and a subtle acidity and sweetness. Partly due to the uncommon nature of the flavor combinations, the complexity of the coffee was incredible as I tried to parse through the individual bourbon and coffee flavors. The combination of flavors really was amazing and one of the most interesting and unique coffees I’ve tried to date.

While some coffees seem to excel with every brew method, this one definitely had its fortes and weaknesses. It was amazing with the v60 and cold brew, while it fell a bit short with espresso and French Press. I tried another variation of Uncommon’s barrel-aged series on nitro this summer at their shop in Saugatuck and I think that is the pinnacle experience for a barrel-aged coffee. The slow brew smooths out what sometimes felt like a sharp bourbon taste and the creaminess of the nitro built up an already thick-bodied coffee.

Overall, this has been one of the most unique coffees I’ve ever tried. If you have a chance to try this coffee—or any of Uncommon’s barrel-aged series—I highly recommend it. That said, this coffee is strong. If you don’t like the smell or taste of bourbon, it probably wouldn’t be for you (my wife, who usually loves coffee couldn’t even be in the kitchen while I was brewing this one). Even for me, this would be a once-a-week coffee vs. a daily choice given how intense the drinking experience was.