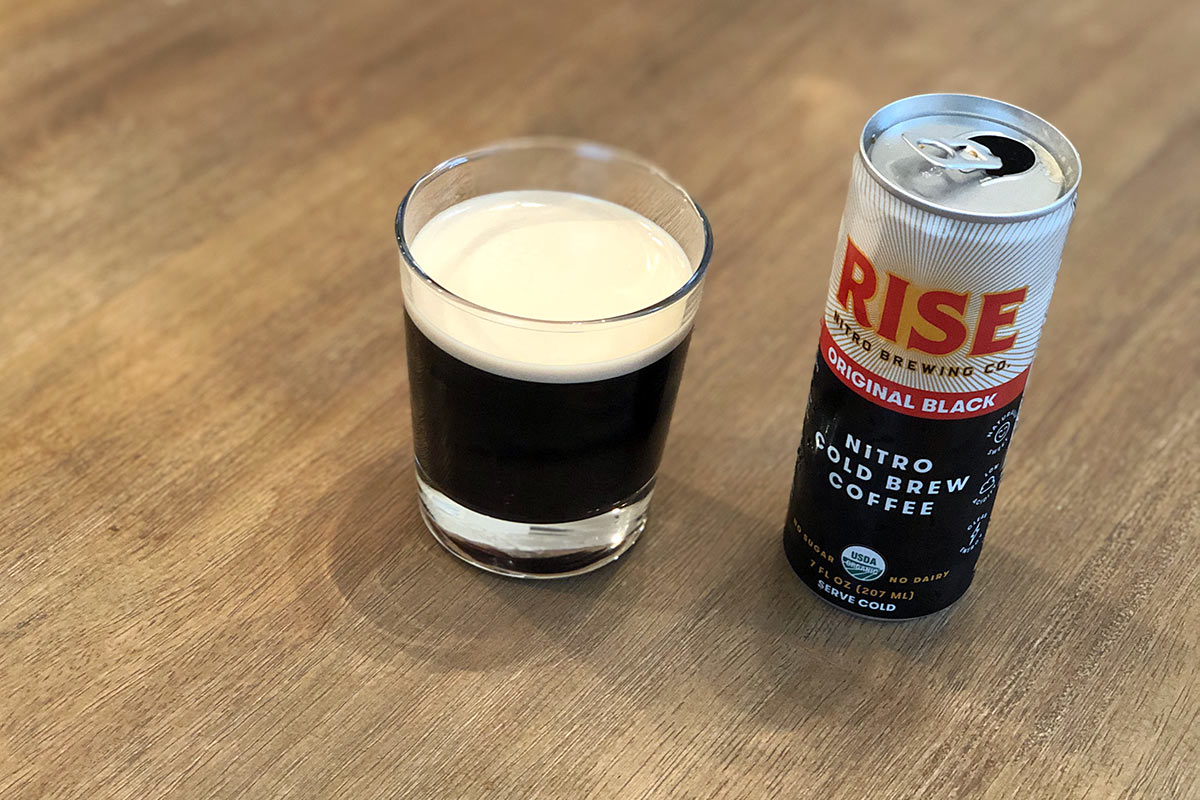 RISE is one of the more well-established cold brew brands on the market. Their coffee can be found in grocery stores across the country, as well as online; they offer a wide range of cold brew options featuring various flavors and styles. RISE recently sent me a 12-pack of their nitro cold brew coffee (original black) to explore.

I have always been a big fan of nitro coffee (and nitro beer for that matter). It adds a wonderful creaminess to the coffee—and opening the can is a lot of fun. While the nitro element in the coffee for the RISE cold brew definitely added some creaminess, it wasn’t as creamy as some other nitro options I’ve tried in the past. The flavor and body of the coffee was a bit thin and I wish it had a bit more “umpf.” The flavor was delicious though. It was balanced, smooth and had a really nice natural sweetness (honestly I was surprised there was no added sugar). I also tasted some really nice chocolatey notes throughout, which is one of my favorite notes in cold brew coffee.

As mentioned above, RISE offers a variety of flavors and latte-style options. I always prefer my coffee black though, so this variation only had organic coffee and purified water.

One of the big selling points of RISE is the caffeine content. Their fairly small seven-ounce serving packs a huge amount of caffeine: 180 mg (for reference a standard 8 oz cup of coffee has around 95 mg of caffeine). Caffeine is never the reason I drink coffee, so that isn’t a huge selling point for me, but could be for many.

While I wish the flavor was a bit more robust, RISE nitro cold brew still has a lot going for it. It is creamy and has great sweetness and is a great on-the-go option for anyone who loves a smooth, balanced coffee—and the extra caffeine kick.

I want some cold brew