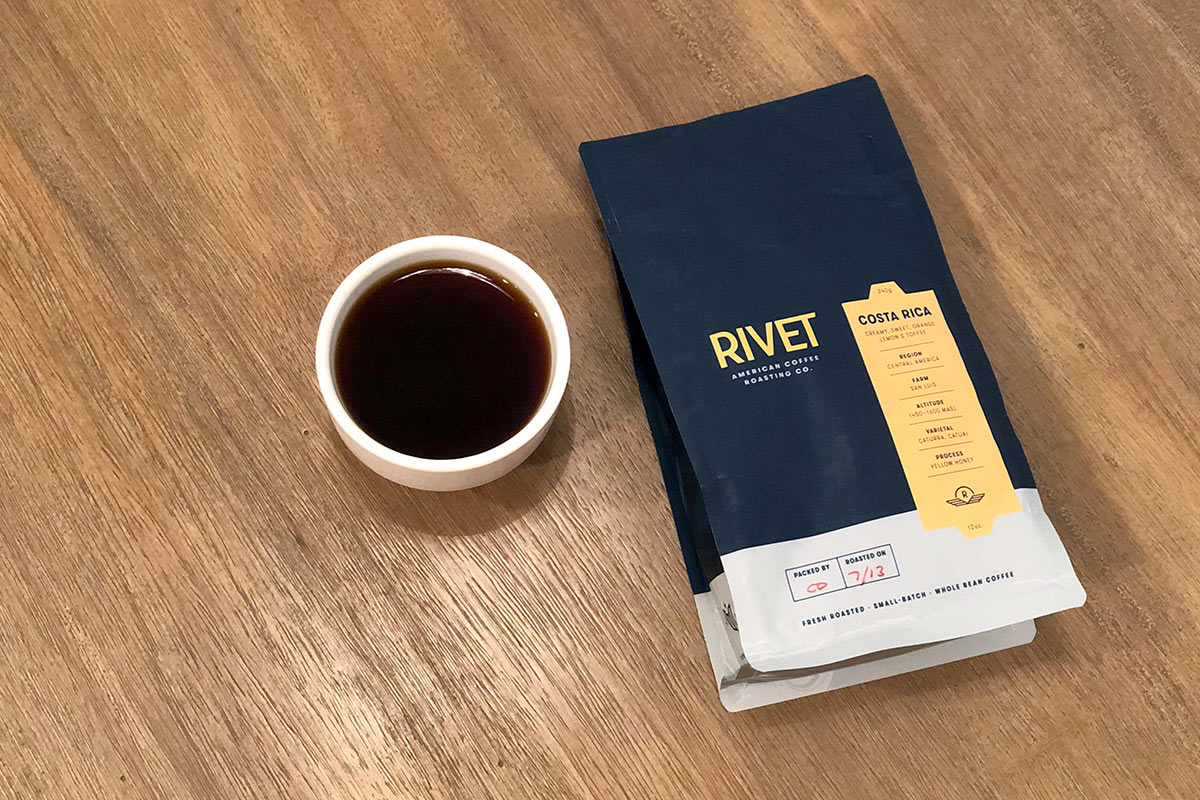 Ever since I first tried Rivet Coffee earlier this year, they’ve become a favorite of mine both in their visual identity and more importantly in the quality of their coffee. I initially tried one of their African coffees back in February, so I was excited to try what they offered from a Central American origin as well.

When you initially open the bag, you are met with an incredible mixture of fragrances. I smelled raspberry, subtle notes of peach, sweetness and a creamy overtone to it all. Once I began to brew I immediately smelled notes of sweet citrus. The citrus notes grew stronger in the flavor where I also tasted notes of chocolate, peach, caramel, orange and subtle notes of berries. The coffee was creamy, yet it did not have an incredibly thick body. The sweetness was quite pronounced and fruit-toned. The coffee was quite bright (almost sharp in a few of the brew methods), but mellowed out both as the coffee cooled and as each sip progressed. The coffee was incredibly complex with lots of layering of flavors and evolution throughout each sip and throughout the entire drinking experience. The complexity, which I’ve come to appreciate as a signature element of all Rivet coffees, was likely my favorite component of this honey-processed coffee.

While this coffee and the Kenyan coffee I tried earlier in the year have very little in common when it comes to their “Coffee Details,” they were both at the same level when it came to their quality and overall complexity. This Costa Rican is a great testament to the quality that is possible from the small Central American origin.